Molly Malone is important for many reasons. The impact this song and the tale connected to it are undeniable in their significance to Irish history. It’s also Dublin’s unofficial anthem. For Celtic World Orchestra to produce and record our version of it is without doubt a privilege.

Celtic World Orchestra has done a lot of different things over the years. One of our many endeavors is to try and immortalize some of Celtic history. History is, after all, important. Without it, people would soon find themselves without a connection to the past.

The story of Molly Malone – A Rich History

So where does the tale of Molly Malone come from? Well, according to Irish history, the song tells the tale of a fishwife. The story, which is reportedly fictional in origin, talks about Molly Malone. She is a hawker during the day and a prostitute at night for the sake of generating extra income. Understandably, this will confuse many people.

The whole legend takes root from the 20th century. Specifically during the later half. It makes reference to Molly, who was described as being both of these things. Yet would also seem to imply that she was also conservative and chaste.

There is little historical evidence to suggest that the tale of Molly Malone was based on a real person. Rather, the character seems to draw from many historical accounts of typical women from the time period. Many would resort to prostitution in the night to generate more money for their families.

You can get to Celtic World Orchestra music on most DSPs, Here’s a few links:
Spotify Artist Page
“Celtic Music – All In” playlist on our home page right here
YouTube Channel.

The tale of Molly Malone is, without doubt, a popular one. Many famous groups and artists, such as Ed Sheeran and the Dubliners, have created renditions of the piece. This is understandable when considering the levels of influence that the tale of Molly Malone has on Irish history. It is an easy topic to use to create a musical composition for.

There is a level of pressure on all who endeavor to create a cover version of the song. The tale of Molly Malone is one which has a great cultural and historical significance to Irish people. Particularly in Dublin where the statue of Molly Malone is located. It was the privilege of Celtic World Orchestra to create a musical piece for the tale. And also an accompanying music video. Both have proven to be quite popular. In part thanks to vocals provided by Fiona Hawkins.

In conclusion, the tale of Molly Malone is one which has been carefully reinterpreted over the years. It is a thrilling tale which provides an in-depth look at the culture around Ireland. And has proven itself to be a powerful story again and again. Celtic World Orchestra is not the first group to cover such a story. And will also not be the last. Many will no doubt create their own renditions over the years. Whether Molly Malone was real or not is largely irrelevant. As the impact she left for future generations is now far too popular to be forgotten. 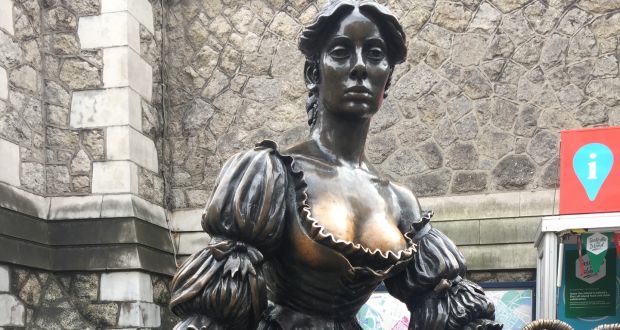